I didn't allow myself to get frustrated about not finding a literary agent to represent me in the hope that they would find a publisher for my book "The Accidental Entrepreneur". During my research, exploring the world of publishing, I stumbled upon a web page listing 18 Top Business Book Publishing Companies. If not a single literary agent wanted to work with me, I could try finding a publisher on my own.

I selected six candidates. The one that intrigued me the most was John Hunt Publishing. The least I can say about this publisher, is that the documentation is impressive. 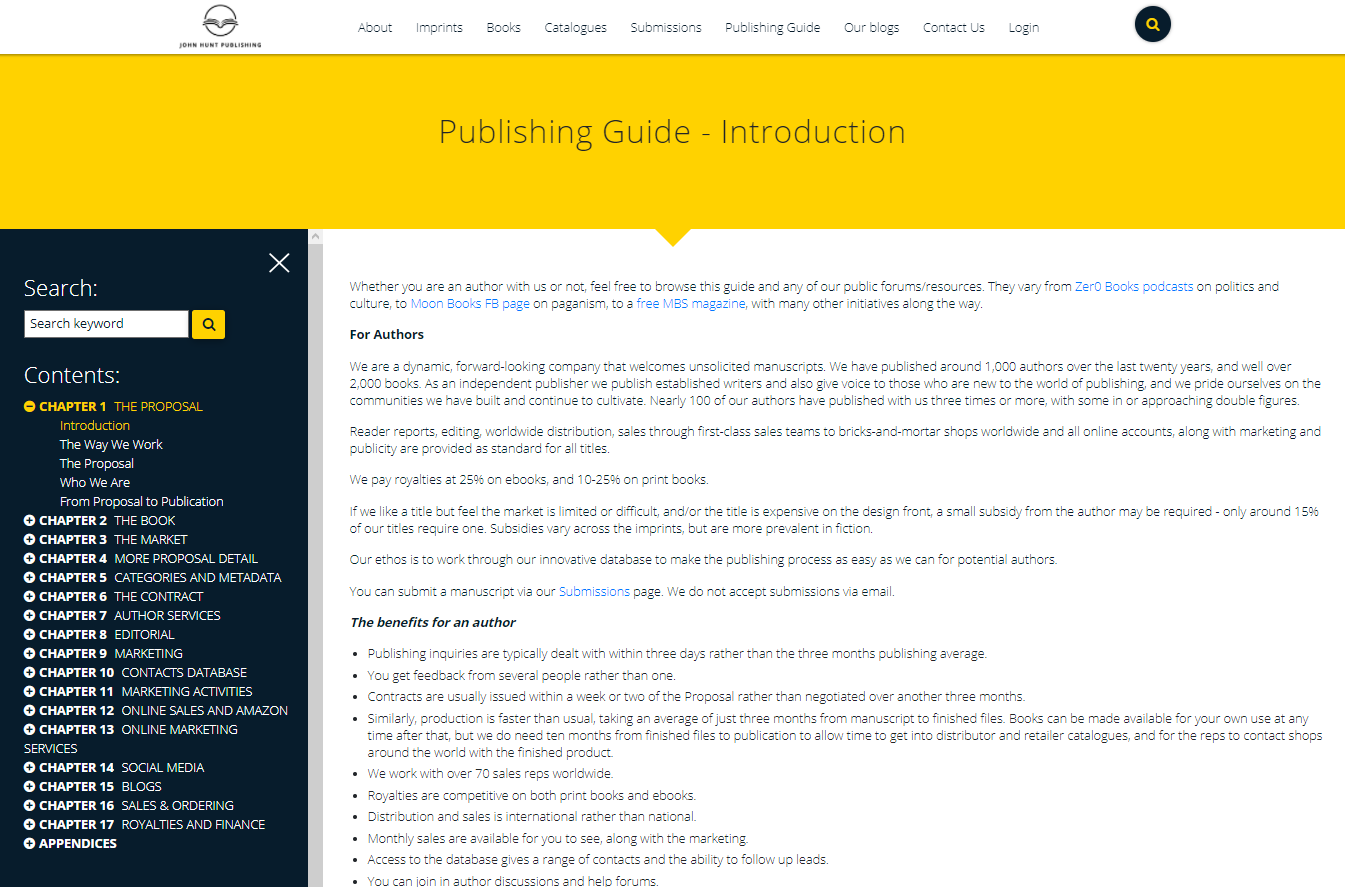 The "author relationship system" at John Hunt Publishing was also awesome —at first.
After submitting my proposal using a web form, I received two automated emails:

Four hours and sixteen minutes later, I received a third mail: "Thank you for your inquiry on "The Accidental Entrepreneur". You have passed the first step of our publishing process! Most inquiries have been turned down by this point."
Woohoo! I could start updating my proposal using a content management system that was a pleasure to work with. I liked it so much that I used it as the master source repository for the information I used for the book proposals I was sending to other publishers / literary agents.

That was a bad idea!

About ten days after finalizing my proposal, I got locked out of the system. My username and password weren't accepted anymore; requesting a new password didn't help. I received "new password activation" mails, but I didn't succeed in activating a new password.
I assumed that my proposal was refused and that my account was deleted. I was pissed about the terrible way of communicating the refusal to publish my work. I started an online search to find out if other authors had experienced a similar problem. I found a blog post entitled My Nightmare with John Hunt Publishing. I won't copy/paste what the author of this blog post wrote because I can't confirm or deny that what's written there is true, but this blog post kept me from contacting the help desk, asking what was wrong with my account. Maybe it was for the better if John Hunt Publishing didn't want to publish my book.

Then, 23 days after finalizing my book proposal, I received an email "Notice about your book proposal". It contained the comments of three reviewers:

There were certainly some good elements in these comments, but the end verdict was: "Thank you for your submission, "The Accidental Entrepreneur." Unfortunately we do not feel we can take your proposal any further at this time. We wish you the best of luck with your project."
I should clarify that my proposal mentioned that I also wrote fiction and that I selected John Hunt Publishing because I wanted to establish a relationship with a publisher that would also publish other work from me. The reference to Manning was made because I worked with Manning Publications in the past, writing two technical books for them (every publisher asks for previously published books).
The mail concluded with the message: "In accordance with Data Protection Regulation the files you supplied will be deleted." In other words: my earlier assumption that my account had been deleted was wrong, but eventually, my "master repository" was removed before I could access it to make a copy.

Two of the other publishers I contacted, also replied:

These publishers didn't answer within seven weeks after I sent them my book proposal:

Quite frankly, I prefer Oneworld Publications' answer over no answer at all. I am a published author with a proven track record in business (winning the BelCham Entrepreneurship Award and Deloitte's Tech Fast50, being National Champion in the European Business Awards for three years in a row, winning Bronze and Silver Stevies in the American and International Business Awards...). I thought this would earn me some respect from companies that call themselves business book publishers. I thought wrong.