The day before yesterday, I wrote a blog post featuring a list of sixteen nominations I won in writing contests in 2019. Today I can add a seventeenth: 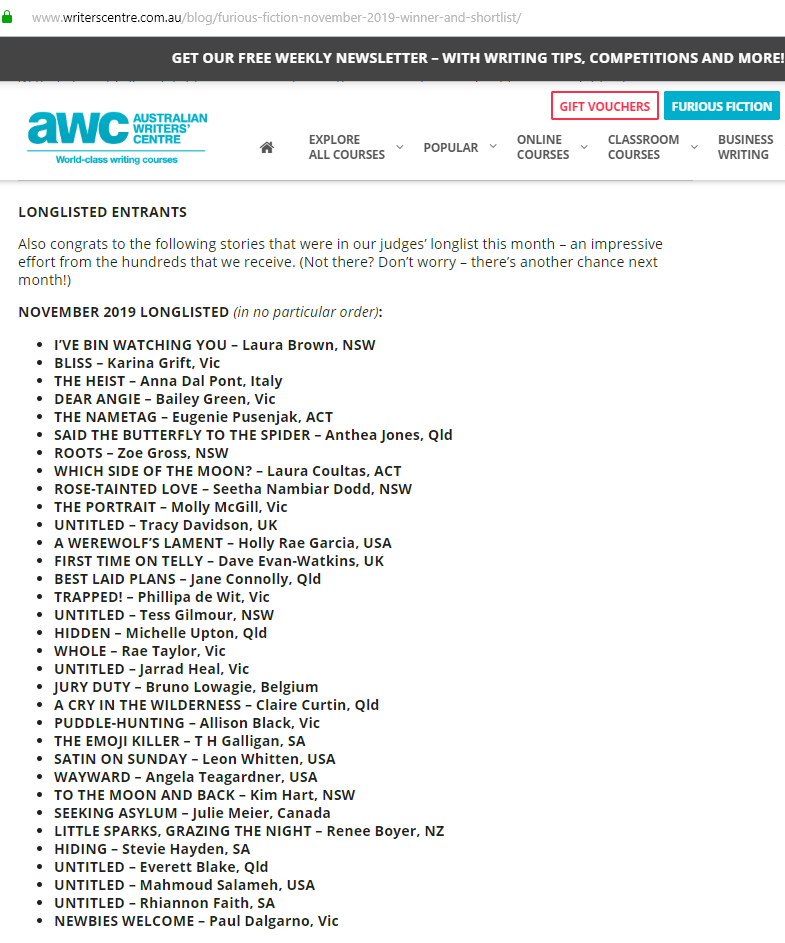 After securing a place in the long-list of the monthly Furious Fiction contest in September, I now also made the list in November.

I decided not to publish the story on my blog because the theme and the length of the story matches the requirements of a Dutch writing contest. Maybe I'll translate it into Dutch first, and see if I can win another nomination with the Dutch version.