It was an accident waiting to happen. The world hasn't fully recovered yet of the log4j hack, and already it has to deal with a new, more disturbing problem. An open source developer deliberately sabotaged two projects causing applications to go into an infinite loop, printing endless gibberish on the console, as well as messages shouting "LIBERTY" and asking "What really happened with Aaron Swartz?"

It was an accident waiting to happen because the frustrations that drove this developer to these actions aren't new. I know exactly how those frustrations feel. For instance: the only time TechCrunch deemed me interesting enough to publish an article about my open source project, was when I threatened to ban the Belgian government from using my technology.

I never executed that threat and I would never have been able to do what @marak did, not because I'm a coward, but because I never could hurt my project. My project was like a child to me, and you don't harm your own children, do you? Instead I succeeded in creating a successful business with my FOSS project.

I understood in time that:

The Verge discovered a message from @marak in which he states:

Respectfully, I am no longer going to support Fortune 500s ( and other smaller sized companies ) with my free work.
There isn't much else to say.
Take this as an opportunity to send me a six figure yearly contract or fork the project and have someone else work on it.

The message is accompanied of an image taken from Futurama showing robots going on strike.

This isn't new either. If you read my book Entreprenerd, you'll discover that I also almost gave up on my open source project. At some point, I even went on strike, refusing to give free support for a full week: 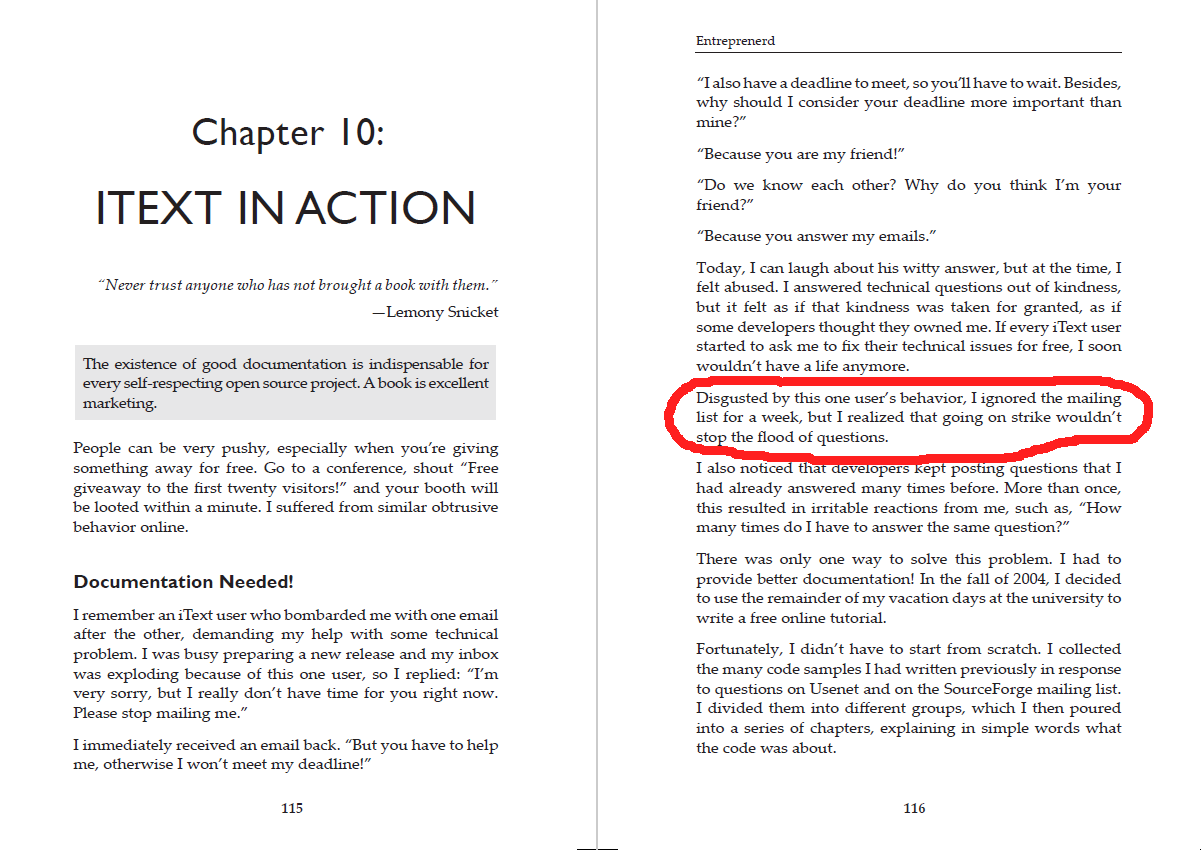 I repeat: what @marak did was an accident waiting to happen. My book predicted that this was bound to happen one day. Whether you're an open source developer, feeling frustrated about the way you are treated, or an open source user, trying to understand why your behavior frustrates open source developers endlessly (pun intended), you will find some answers to your questions in the book Entreprenerd, Building a Multi-Million-Dollar Business with Open Source Software.