Between the age of 16 and 18, I spent at least 10 hours a week in a school of arts, painting oil paintings. Last weekend, I decided to see if my old brushes and paint were still any good. Not in the least, I also wanted to know if my painting skills were still any good. So I set up my easel: 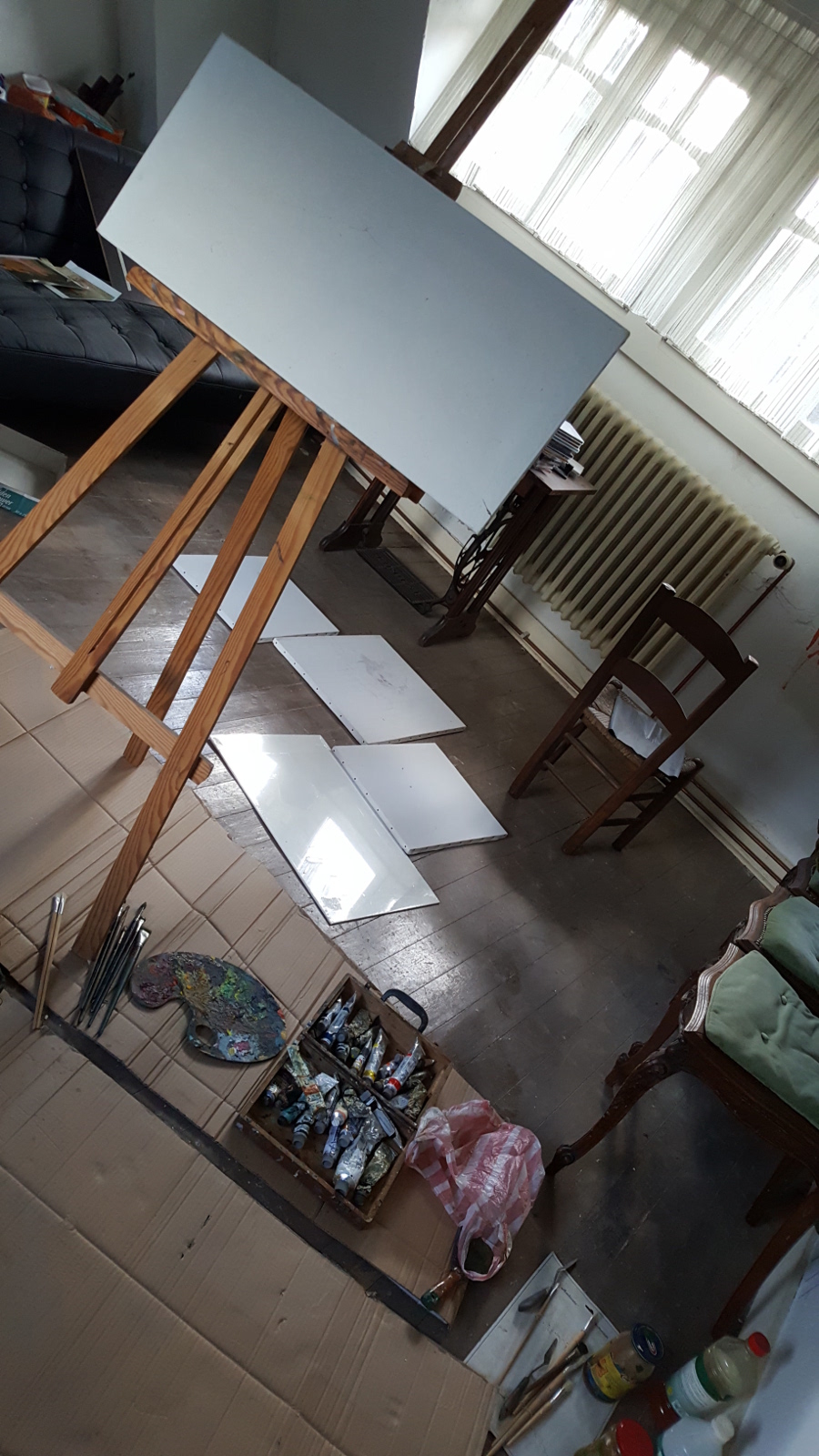 I decided to make a double portrait of my parents in law that I could give them at their home warming party when they move to Ypres in November. In about 5 to 10 minutes, I made the following pencil drawing: 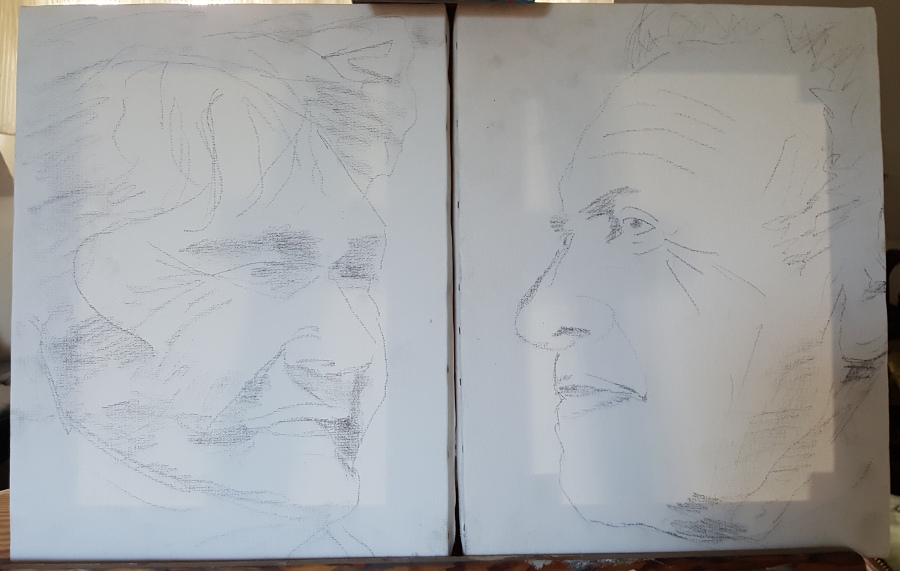 My technique is to make a grisaille first. This took me about two hours: 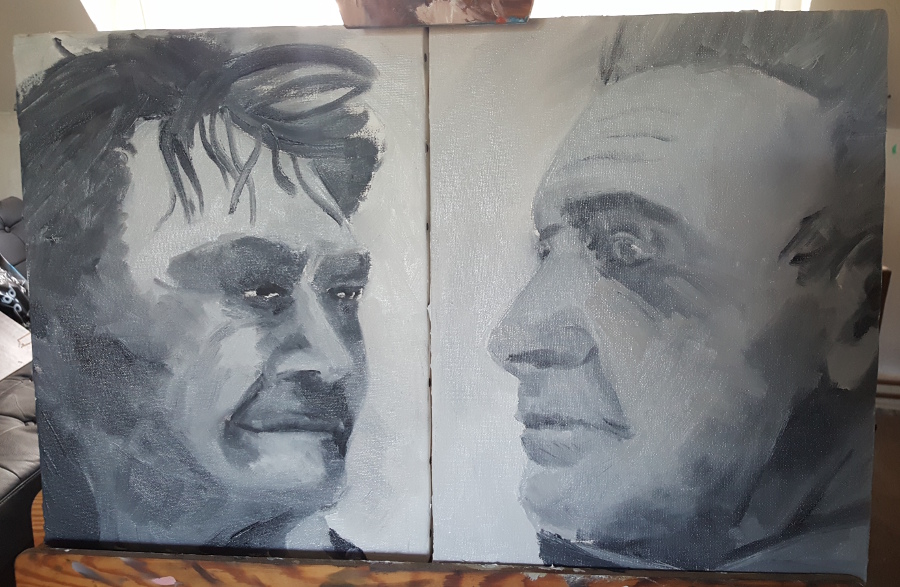 I know, it looks kind of spooky, doesn't it? But don't worry, this is not the finished product. The gray tones are a first layer that make it easier to apply color. Two more hours later, the paintings already looked like this: 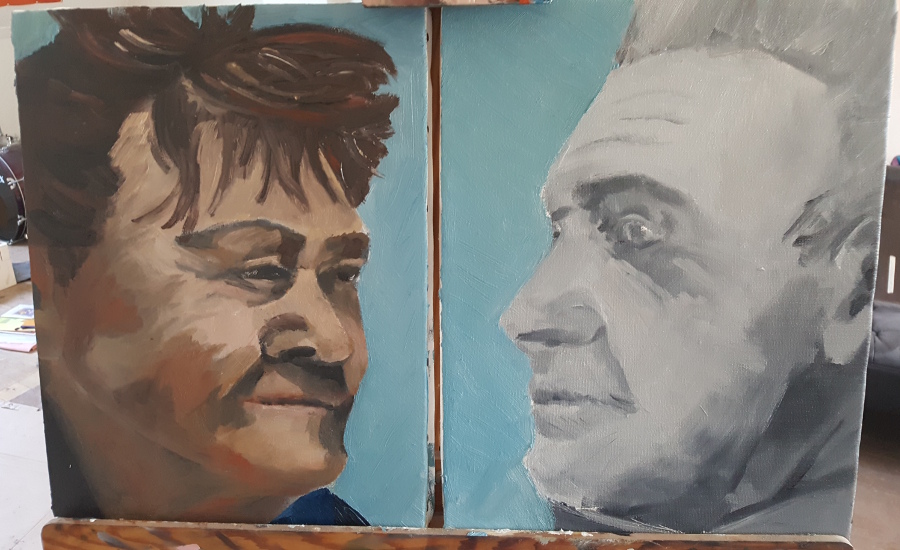 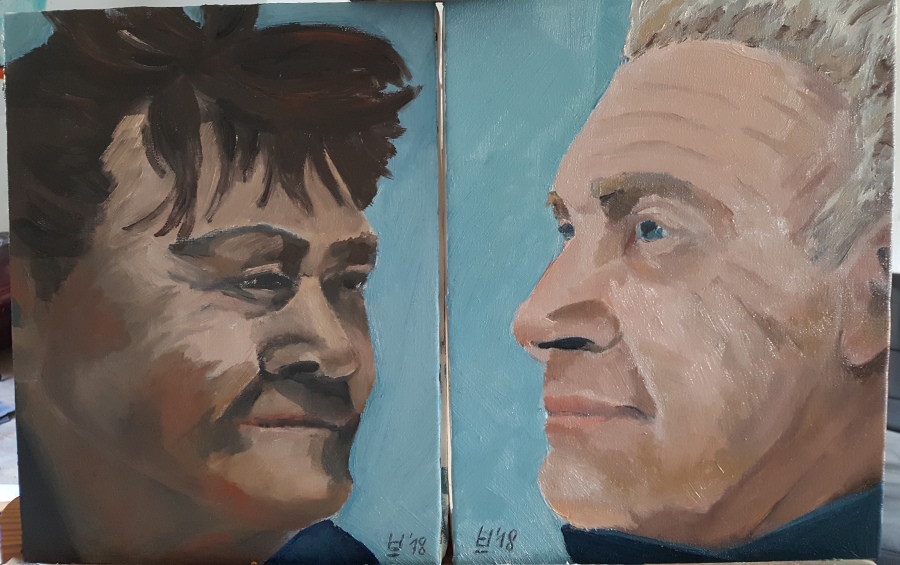 This was a first attempt at picking up oil painting again. I know, the finished paintings look somewhat different from the original pictures I used for inspiration: 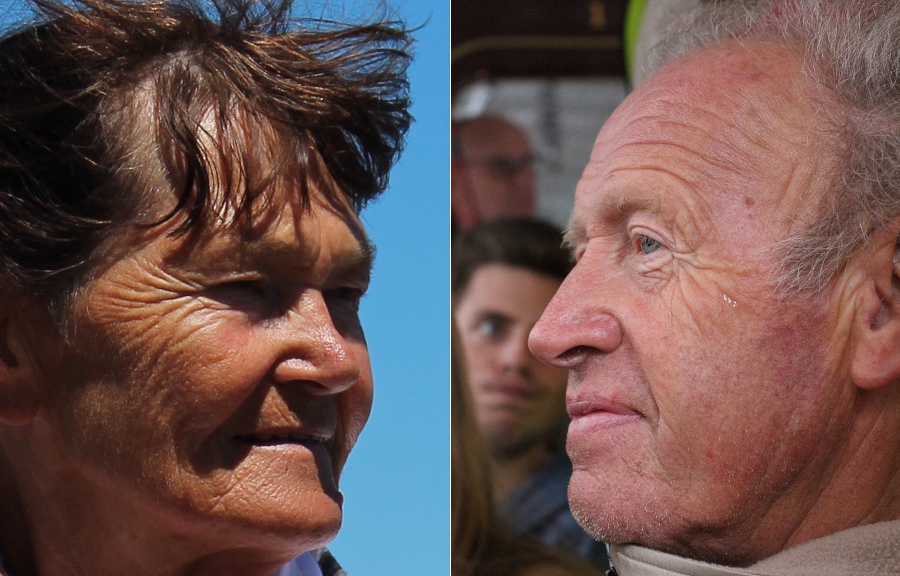 Painting is always an interpretation of reality, and I think that people who know my parents in law, will recognize them from the paintings I made. I still have some empty canvases. I won't start a new painting right away, but I think I'll pick up my brushes again soon.