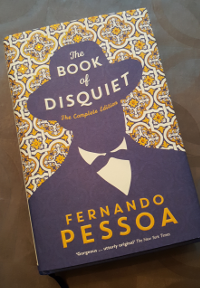 These thoughts came to me after reading an article in a newspaper about the long, multifaceted life of a famous man. He was an American millionaire and had been everything. He had everything he could have wanted –money, love affairs, affection, devotion, travel, private art collections. Not that money can buy everything, but the magnetism that comes with great wealth can achieve almost anything.

When I put the newspaper down on the table of the café, I was already thinking that the same could be said, in his own sphere, of the travelling salesman, an acquaintance of mine, who has lunch every day, as he is today, at the table in the corner in the back. Everything that millionaire had, he had too; to a lesser degree, of course, but far more than befits his status. The two men have achieved exactly the same thing, there isn’t even any difference in the degree of fame, because everything depends on context. Everyone in the world knows the American millionaire, but everyone in this part of Lisbon knows the name currently eating his lunch over there.

These two men have snapped up everything that lay within their grasp. The length of their arms might be different, but otherwise they are the same. I’ve never been able to feel envious of such people. I always felt that virtue lay in getting what lay beyond one’s reach, in living where you were not, in being more alive when dead than when alive, in achieving, in short, something difficult, something absurd, in overleaping –like an obstacle– the obstinate reality of the world.

If I were told that there is no pleasure to be had in enduring after you have ceased to exist, I would answer, firstly, that I don’t know if that’s true or not, because I don’t know what happens after death; I would then say that the pleasure of future fame is a present pleasure – it’s the fame that is future. And it is a pride as pleasurable as any material gains one might make. It might well be illusory, but even if it is, it lasts longer than the pleasure of enjoying only what is here. The American millionaire cannot expect posterity to appreciate his poems, because he hasn’t written any; the travelling salesman cannot expect the future to take delight in his paintings, because he didn’t paint any.

On the other hand, I, who am nothing in this transitory life, can savour the vision of the future reading of this page, because I am actually writing it; I can pride myself, as if it were a child, on the fame I will enjoy, because I do at least have the means to achieve that fame. And when I think this, I rise from my table and, with an inner, invisible majesty, I also rise up above Detroit and Michigan and the whole commercial district of Lisbon.

I notice, however, that these were not the thoughts I began with. What I thought was how little we have to be in the world in order to survive. One thought is as good as another, though, because they come down to the same thing. Glory is not a medal, but a coin; on one side there’s the head, and on the other the value of the coin. For larger values, there are no coins, only paper, and paper is never worth very much.

It is with such metaphysical psychologies that humble people like me console ourselves.