I released my book Entreprenerd on May 15, 2021. That's exactly two months ago. Let's take a look at the sales figures for these two months. The book got off to a slow start, but so far 228 people bought a copy. That's more than 100 per month and more than 3 per day, even in the last couple of weeks. I would be extremely happy if I can continue selling a couple of copies a day on average going forward.

This chart shows how the sales are distributed over the different editions: 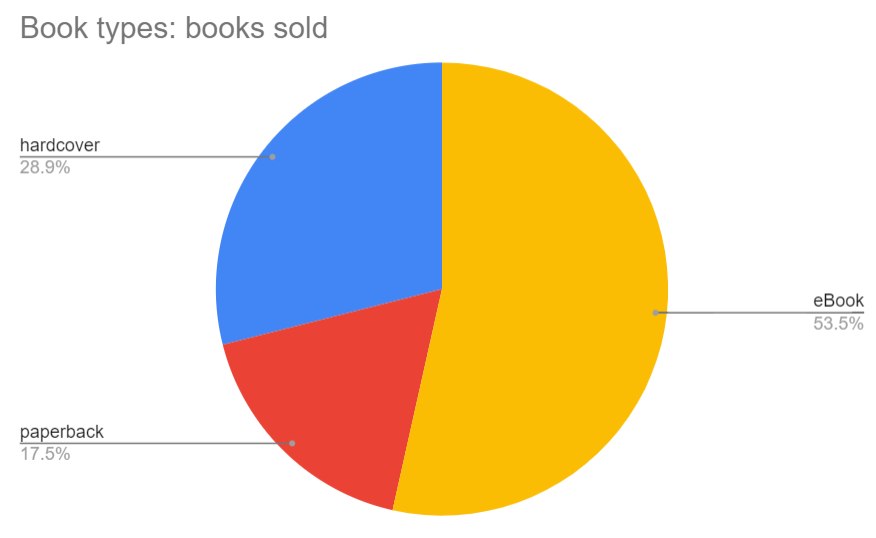 It's no surprise that more than half of the copies that were sold are eBooks (122 copies). Personally, I prefer reading books on paper, but I clearly belong to a dying breed. What surprises me most in this chart is the fact that people seem to prefer the hardcover (66 copies) over the paperback (40 copies).

These numbers aren't final. I receive the sales numbers of the eBooks almost immediately. The sales of the paperback usually have a couple of days of delay. I get the sales of the hardcover once a month, more specifically in the first week of each month. Some people might have bought the hardcover in the first half of July, but these numbers aren't reflected in the chart yet; I'll only get them by August 7.

I refined the chart by looking at the different sales channels: 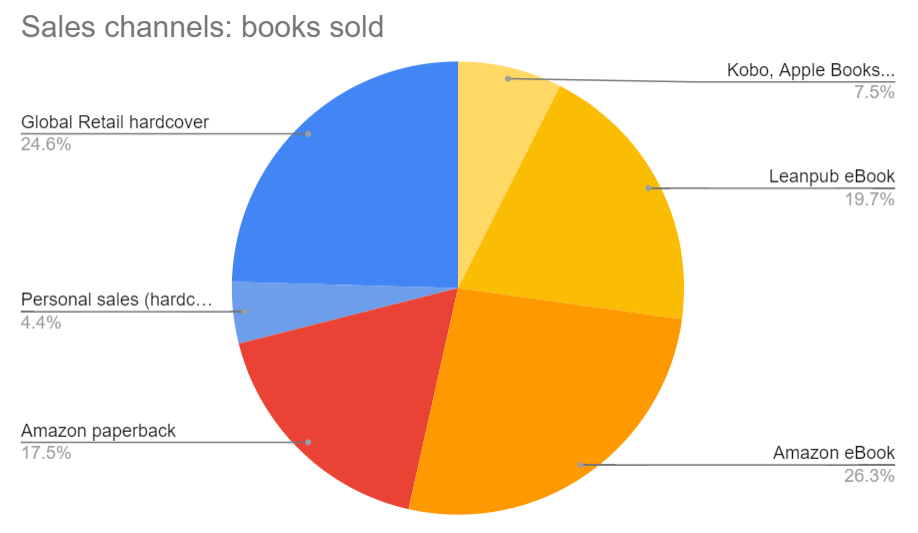 I occasionally sell the book personally (for Belgian customers), but so far, I've only sold the hardcover version. When we look at the right side of the chart, we see that Amazon KDP is king (60 copies; 49.2% of all eBooks). Leanpub comes second (45 copies; 36.9%), the other channels consist of Kobo (13 copies) and Apple Books (4 copies).

When we create the same chart using the revenue as metric instead of the number of sales, we see that there's a clear shift: 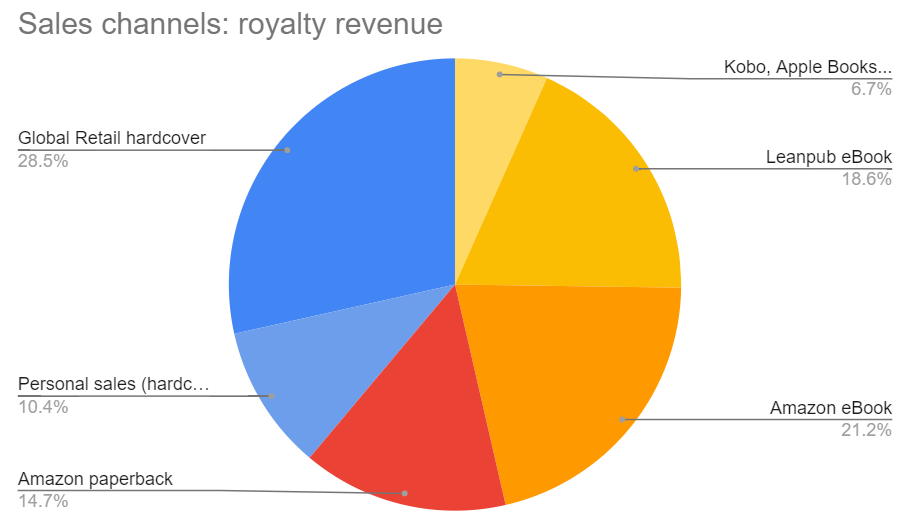 Amazon KDP is the least interesting channel in terms of royalties. I only make €4.93 per Kindle eBook on average, while I make €5.76 on average when an eBook is sold through Leanpub. Even after I increased the price on Amazon and lowered the price on Leanpub (among others by creating coupons with significant reductions), people keep preferring Amazon over Leanpub. I guess those customers don't want to explore another channel and value convenience over price. The average value of the other channels is somewhat skewed: it's more interesting for me if people buy the book on Rakuten Kobo then when they buy the book on Apple Books.

The total revenue of all the sales is currently €1,396.81 or €6.12 per copy. This revenue is virtual because many of these services do not pay out royalties unless you've reached a certain threshold. There's also a "grace period" in case people return books. So far, I've only received €145.14 in royalty payments. Knowing that I spent about €7,500 on producing the book, I'm not sure if I'll ever break-even if royalties are the only source of revenue generated from the book. I am looking forward to the end of the travel ban to the US so that I can start booking trips to promote the book.