On February 14, 2000, I released iText 0.30, the first officially distributed version of iText.

While I'm creating Trivia pages for my book Entreprenerd, I compiled an overview of the different layouts of my personal web site and the iText web site. 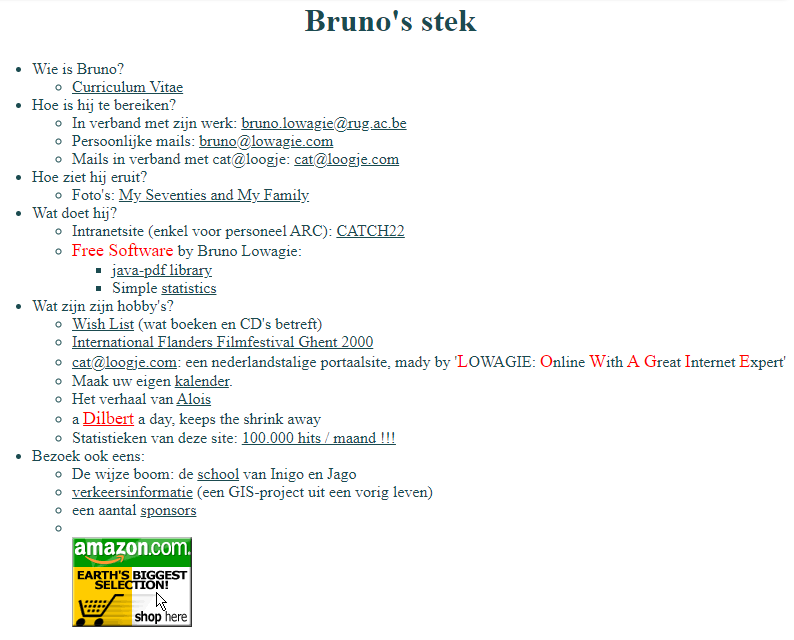 So was the iText web site: 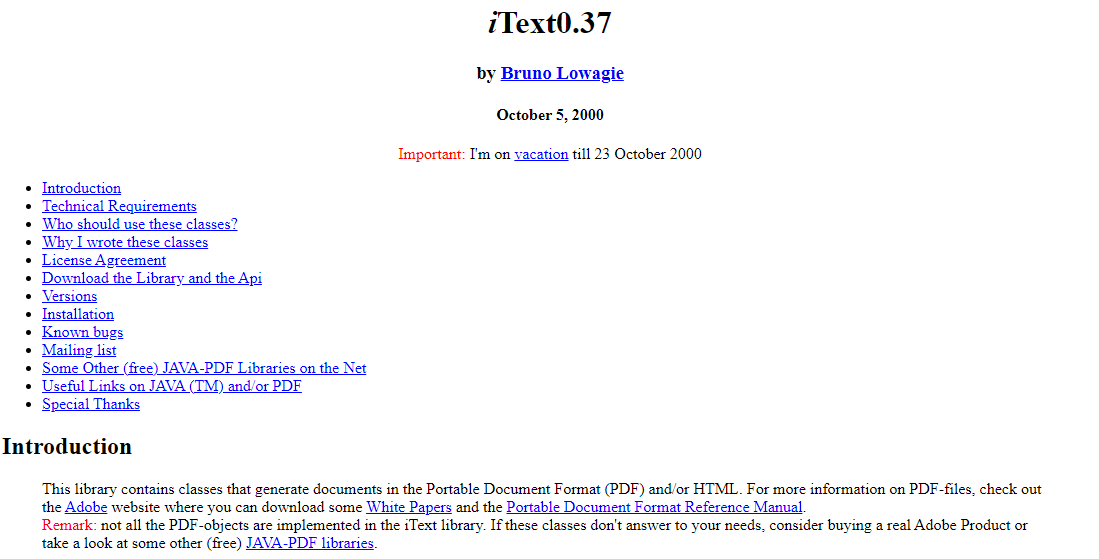 As iText became more popular, I updated the website.
Note that I didn't have a logo for iText yet in 2001: 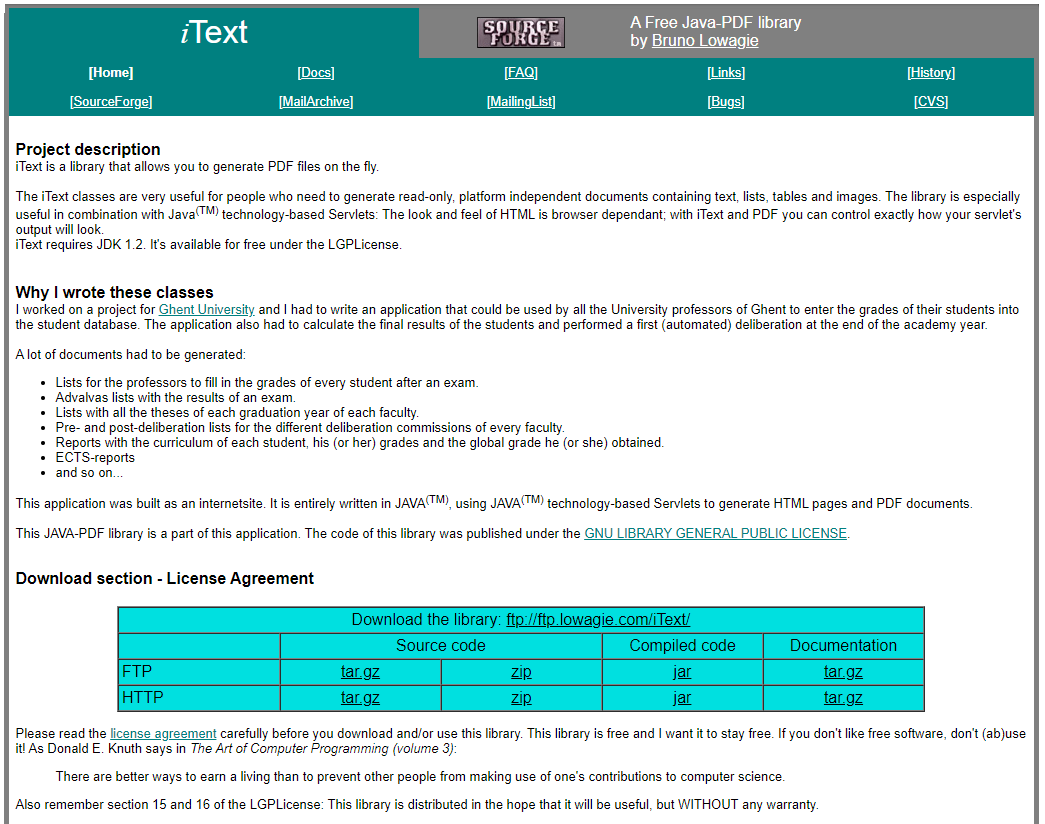 On my personal web site, I used an image of coffee beans for the button that linked to iText. 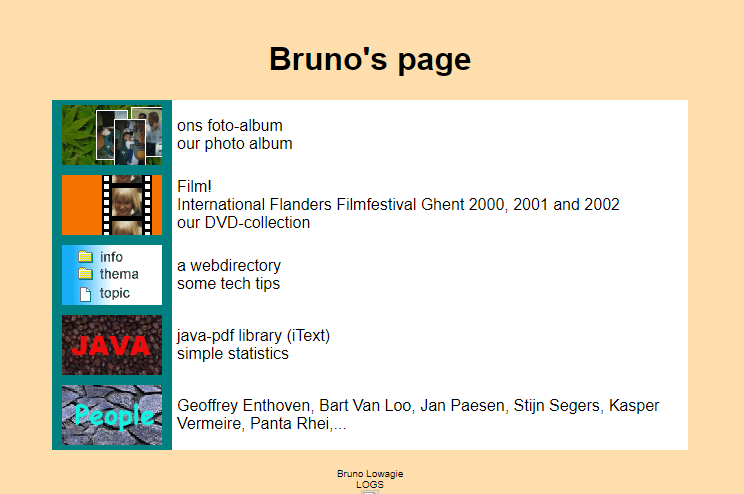 The only documentation for iText consisted of a very simple tutorial: 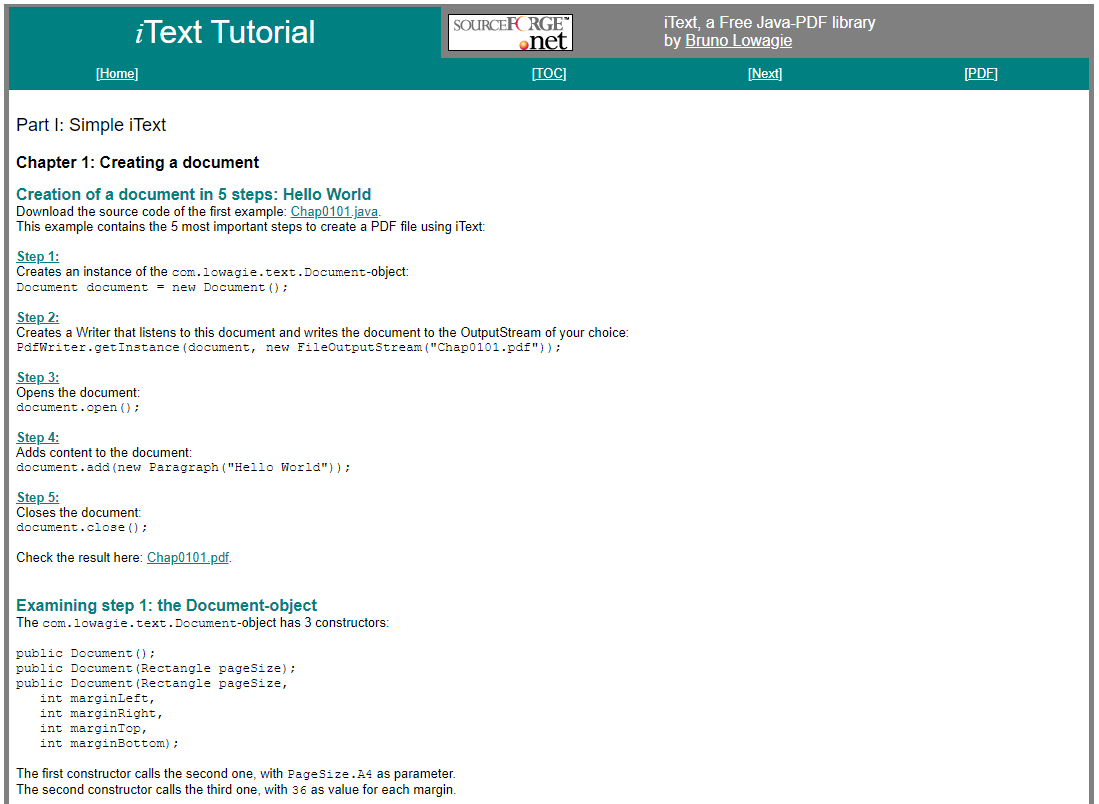 The first iText logo had an i that was shaped as an eye, as you can see on a 2002 version of the iText website: 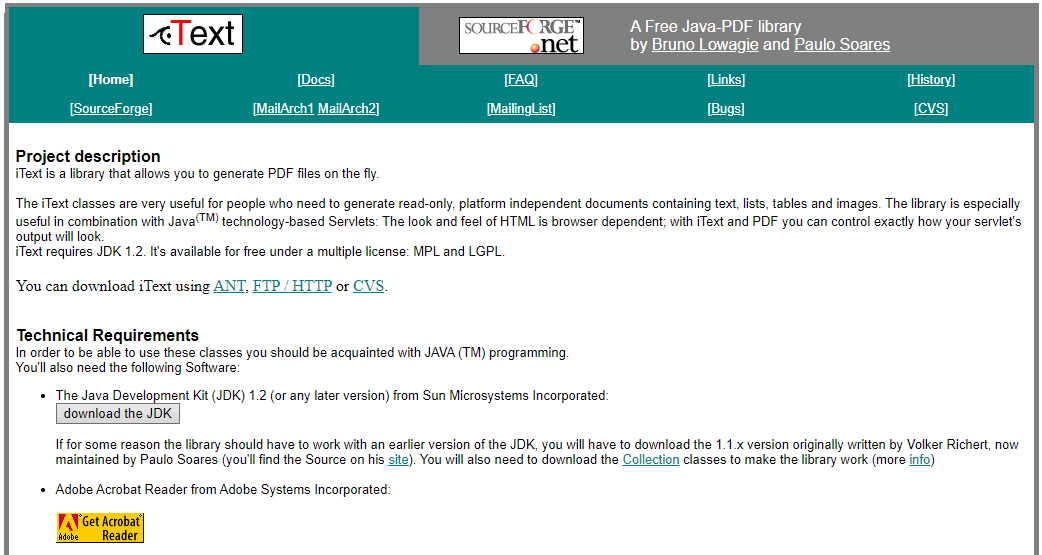 My personal website was rebranded from the recursive abbreviation LOWAGIE—"Lowagie, Online With A Great Internet Expert"—to B.L.O.G.—"Bruno Lowagie's Online Gazette" (2004). 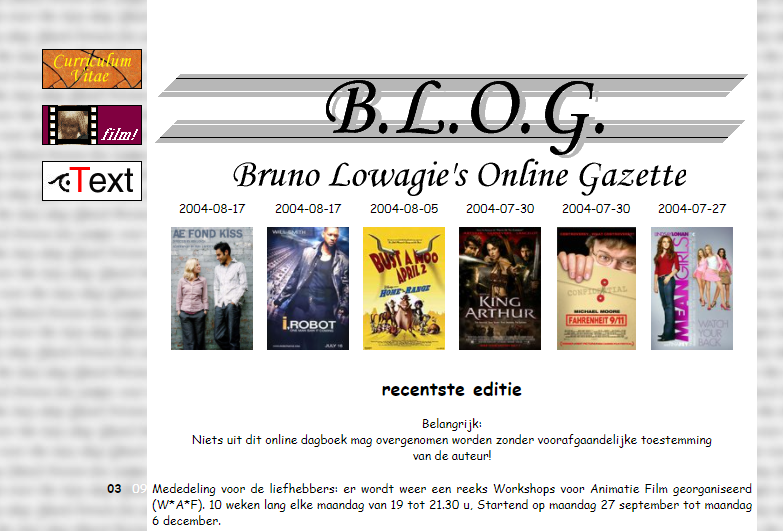 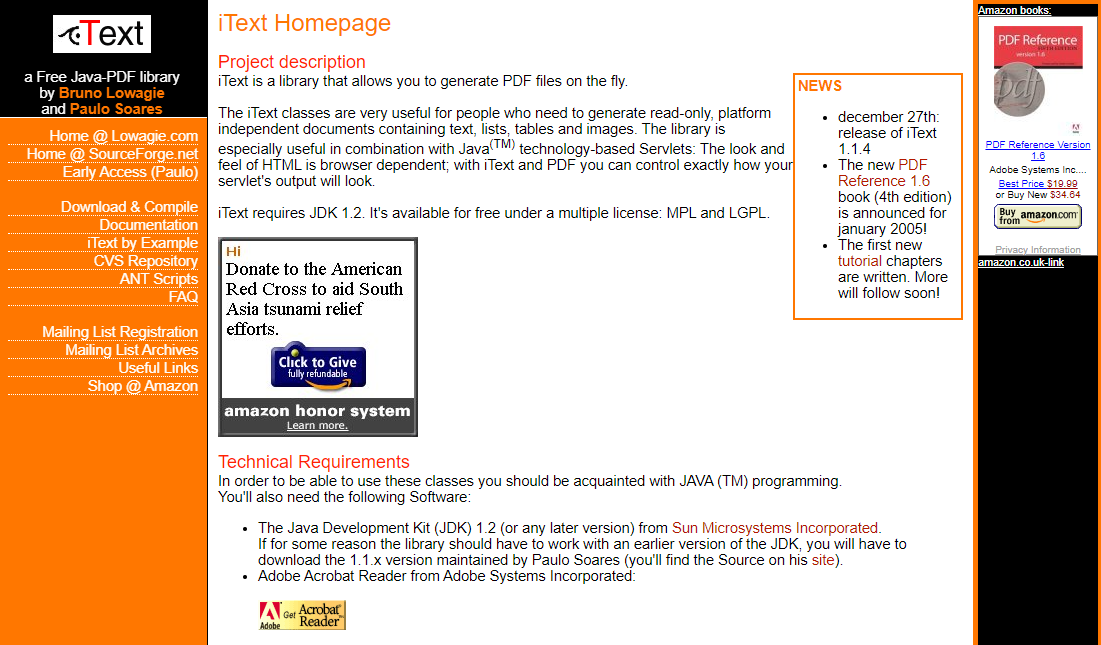 The most important change in 2004 was a new tutorial "iText by Example": 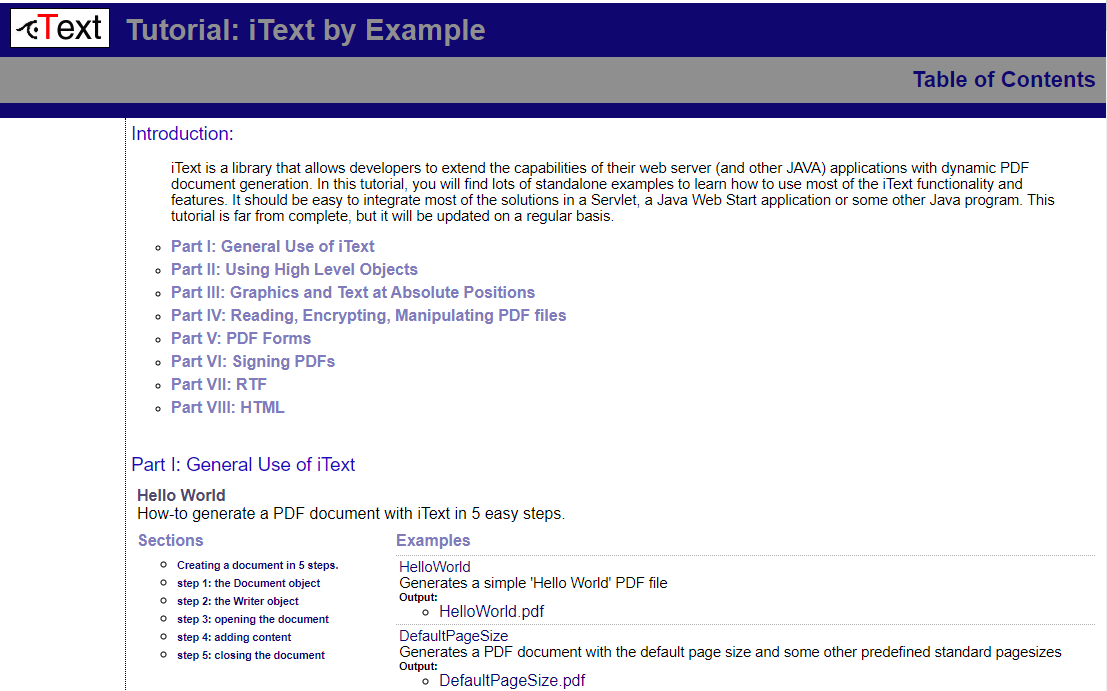 This tutorial resulted in a book contract with Manning Publications. I was asked to write iText in Action and I promoted the book on my personal website (2006).

In 2008, the iText website was migrated from lowagie.com to 1t3xt.com.
A new logo was created. 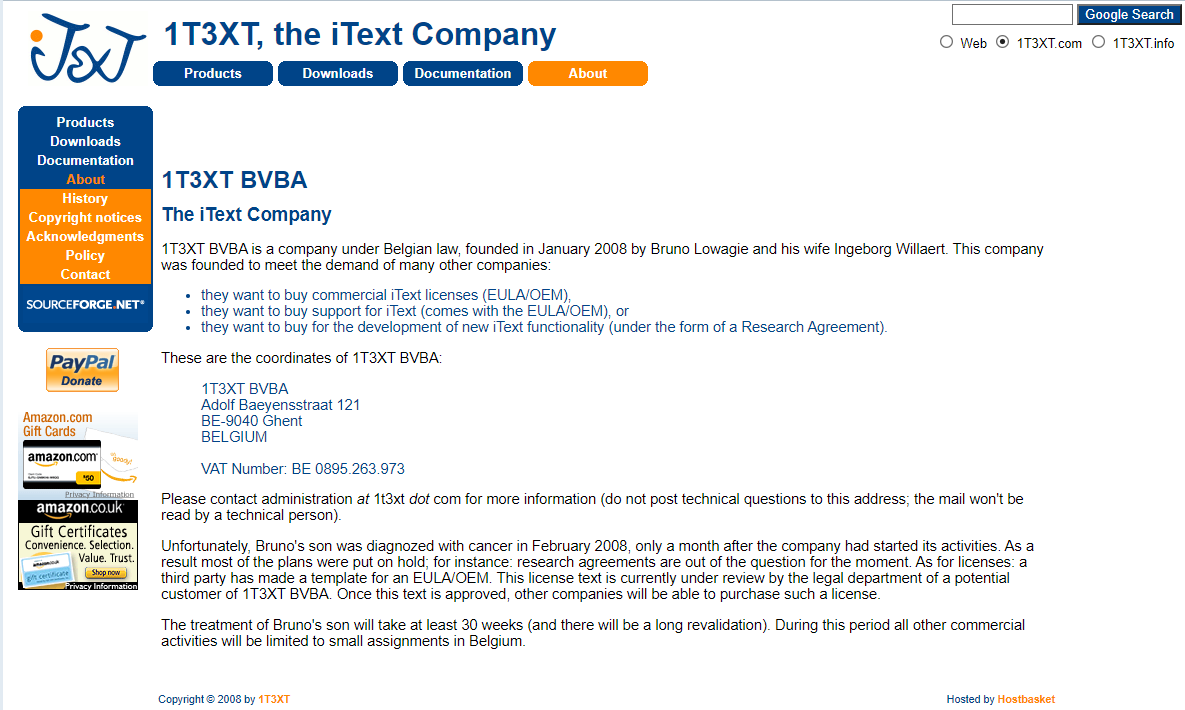 My personal website changed many times. Here you see the sales numbers of the first edition of iText in Action, but on the side, I already added the cover of the second edition (2010). 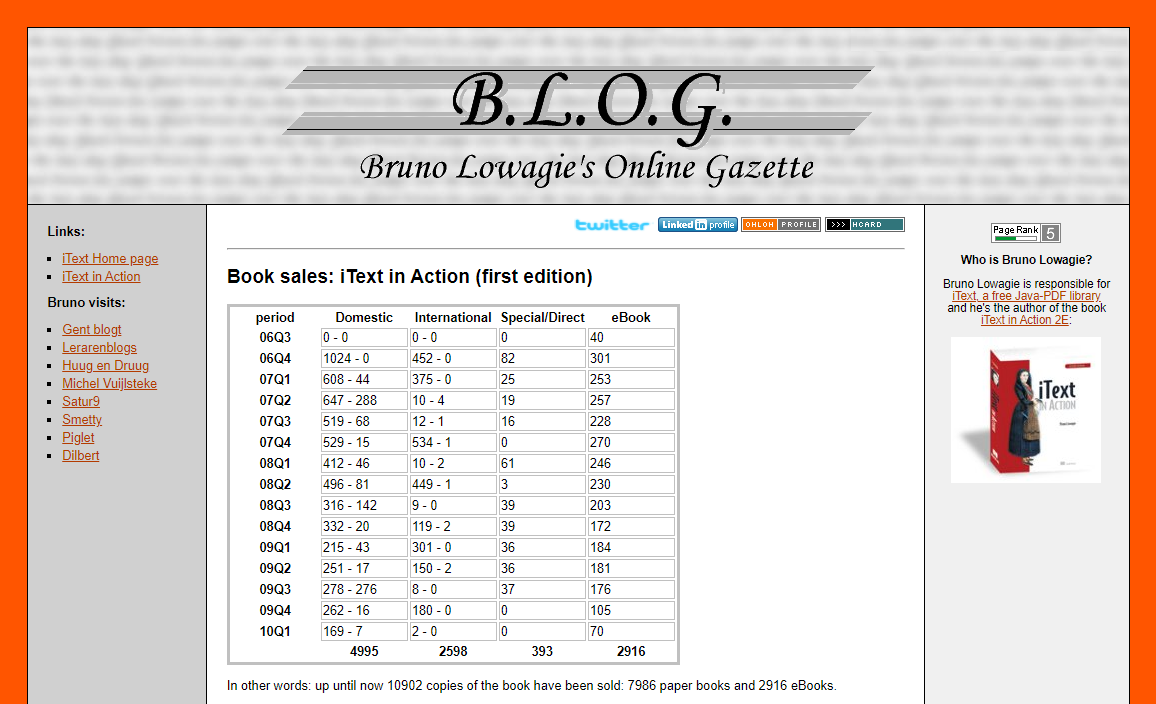 With the second book, I felt the need for a new website design for 1t3xt.com (2010).
I also adapted the logo: 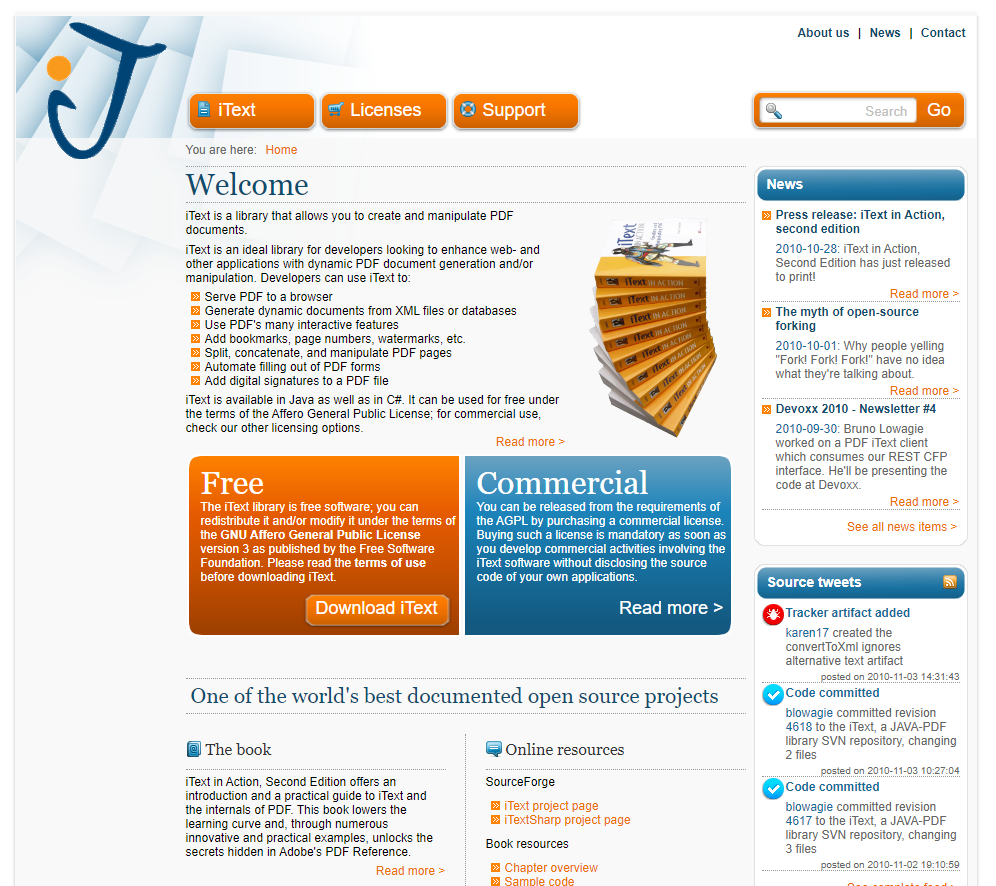 The board of directors didn't like this website. In 2014, I rewrote it completely during one of our two-day board meetings: 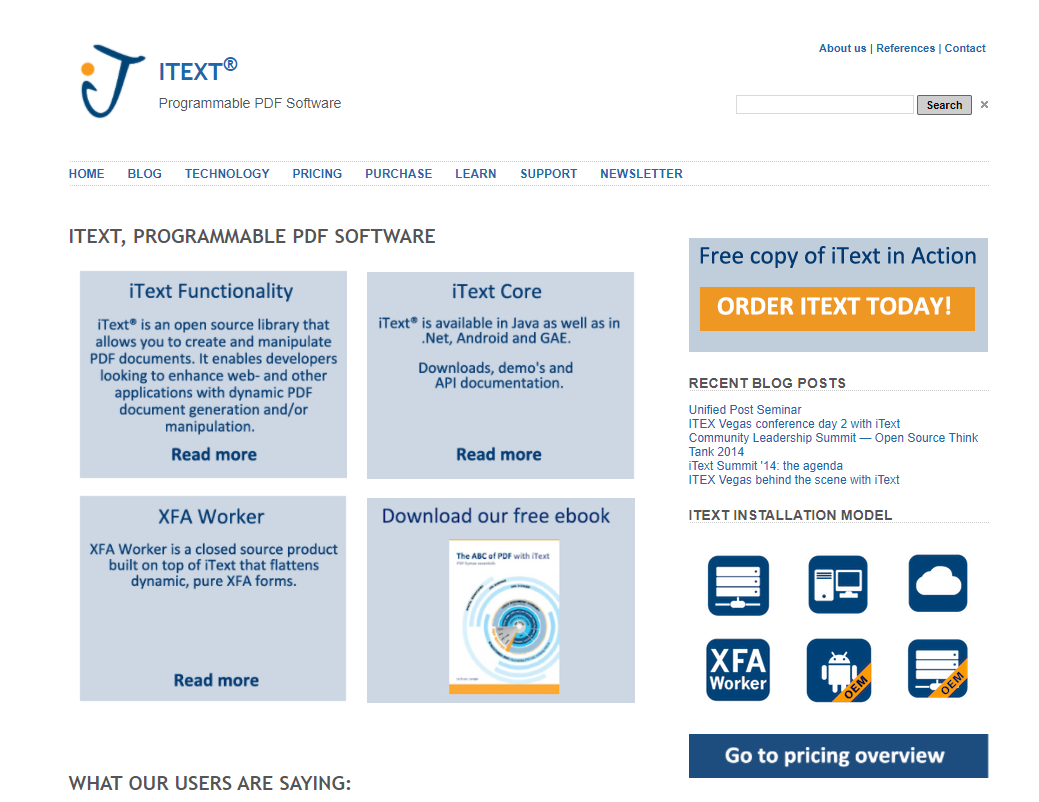 The board didn't like the logo, so that was changed to the logo that is still used today: 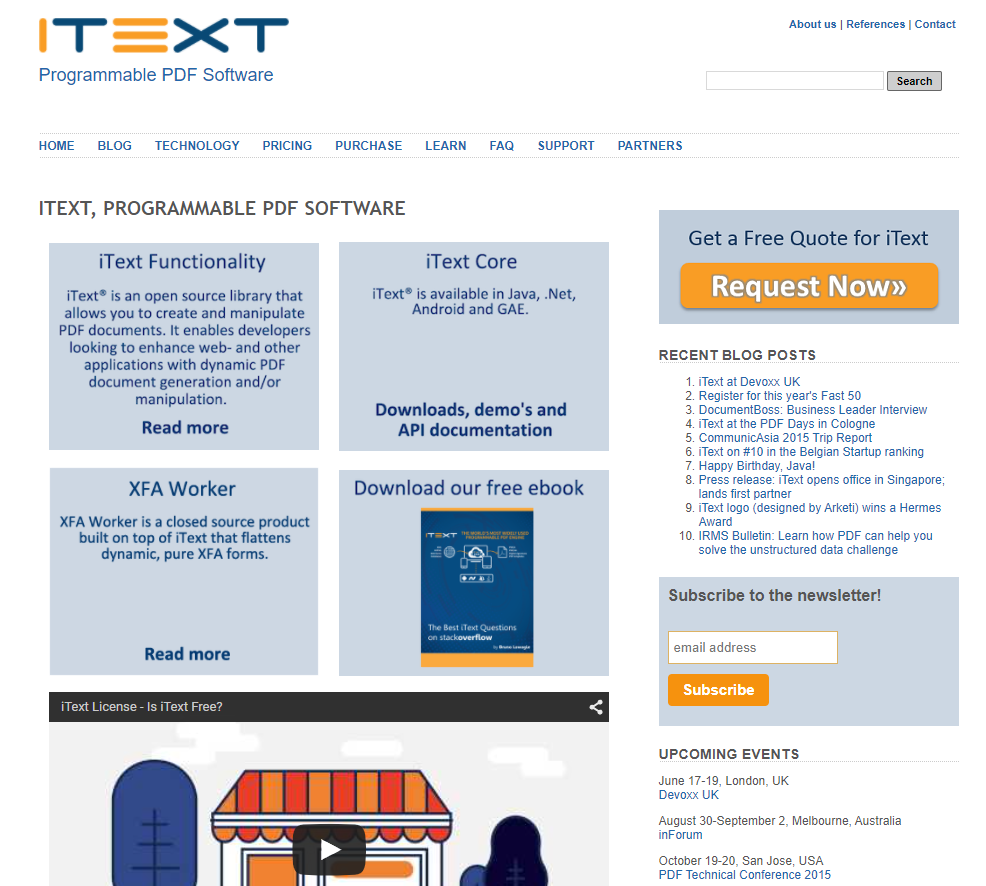 My own website also underwent an evolution. This is what it looked like in 2012 (this is the default Drupal theme): 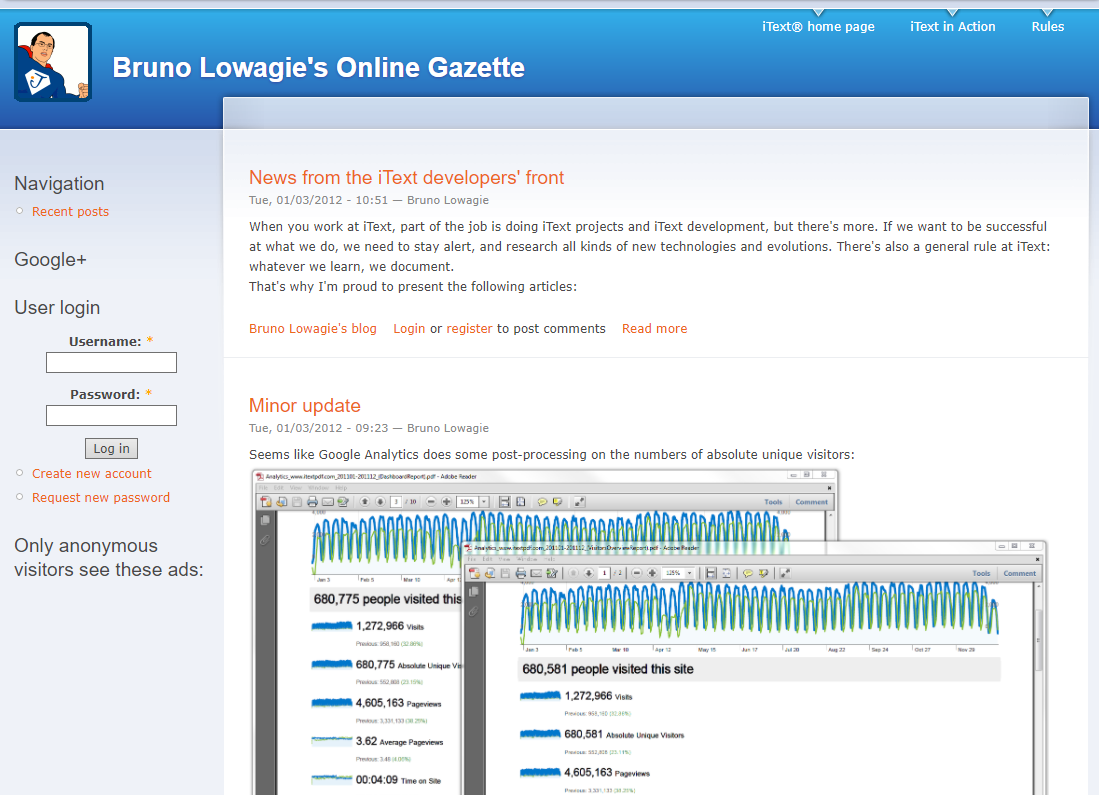 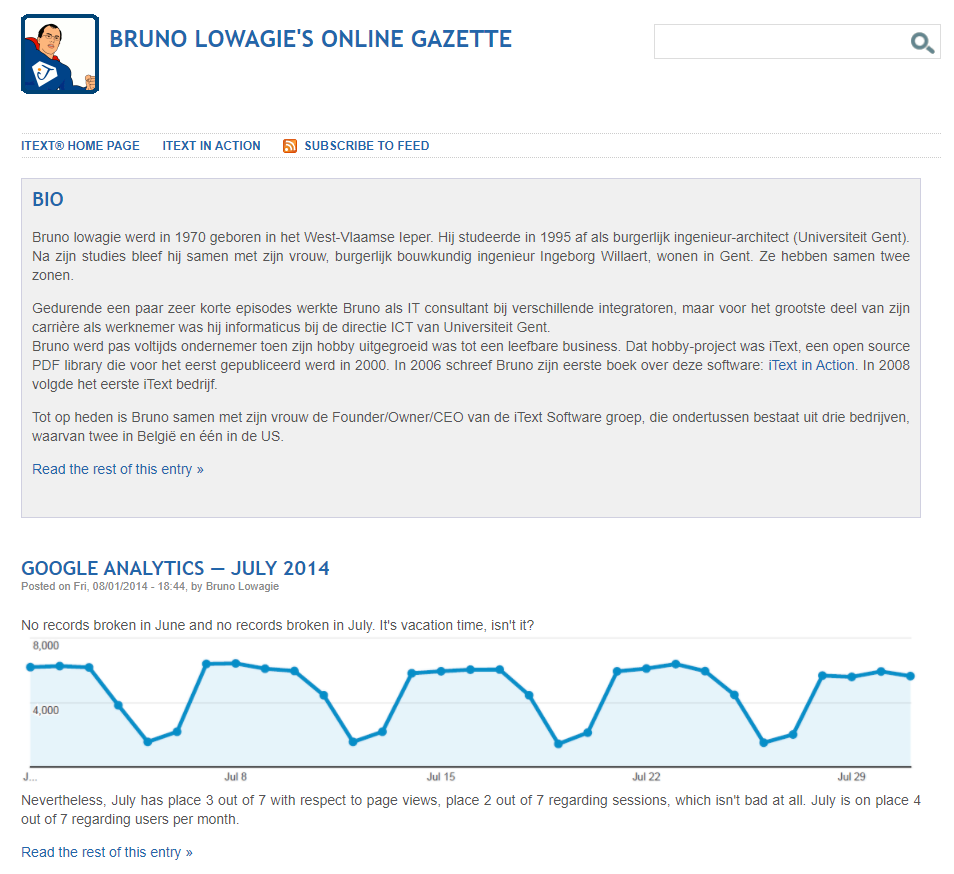 As iText was growing, we outsourced the creation of the iText website. This was the first iText website that was created by a third party instead of by me personally (2016): 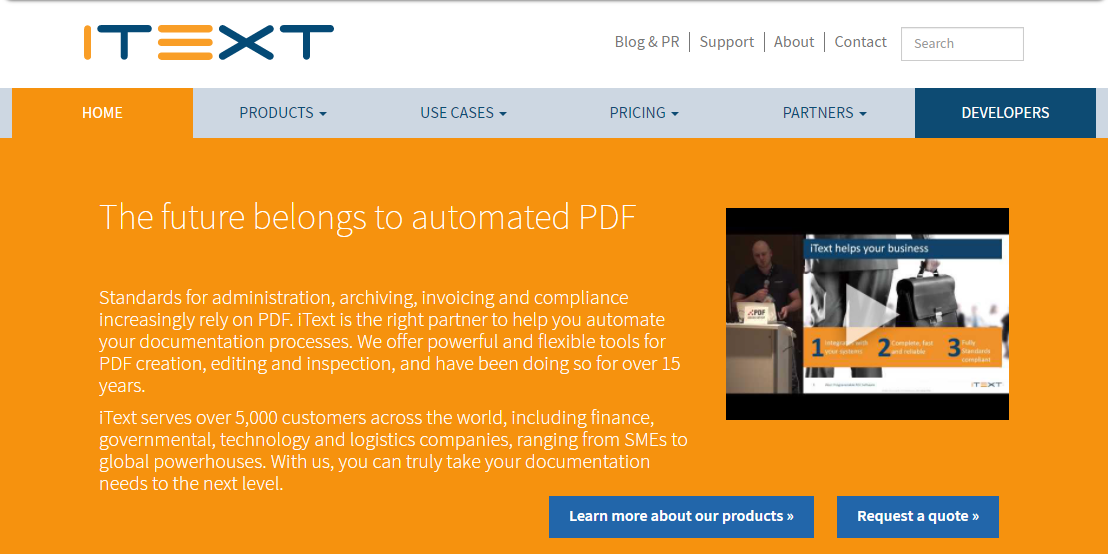 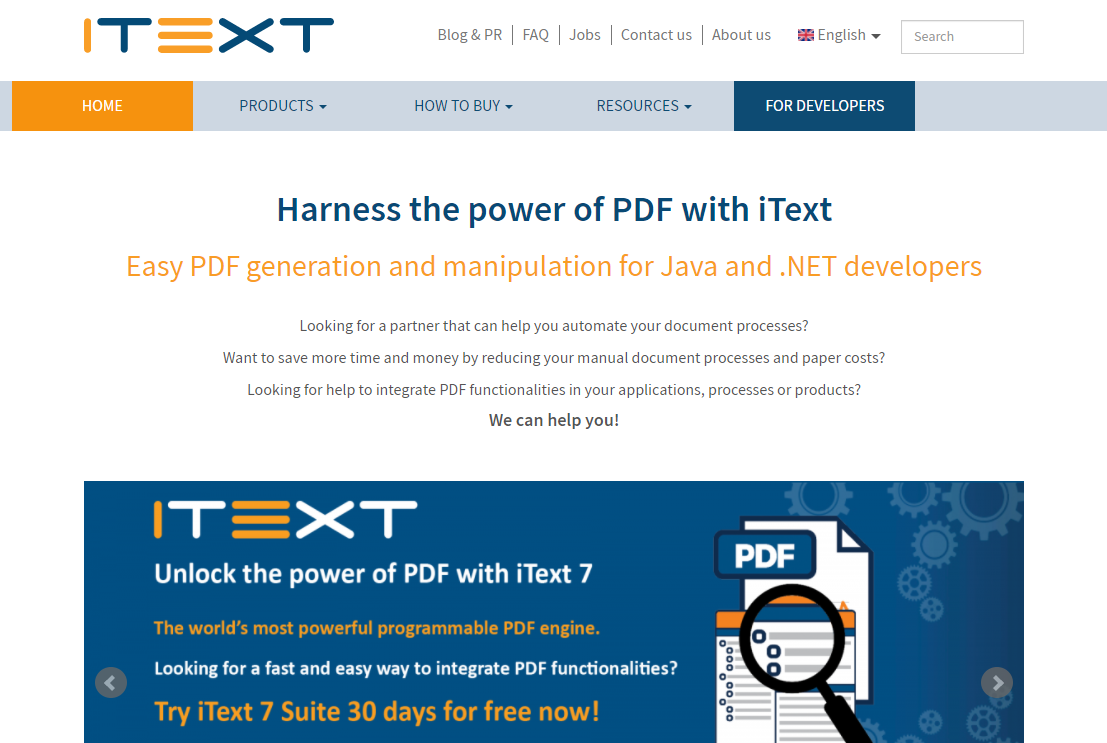 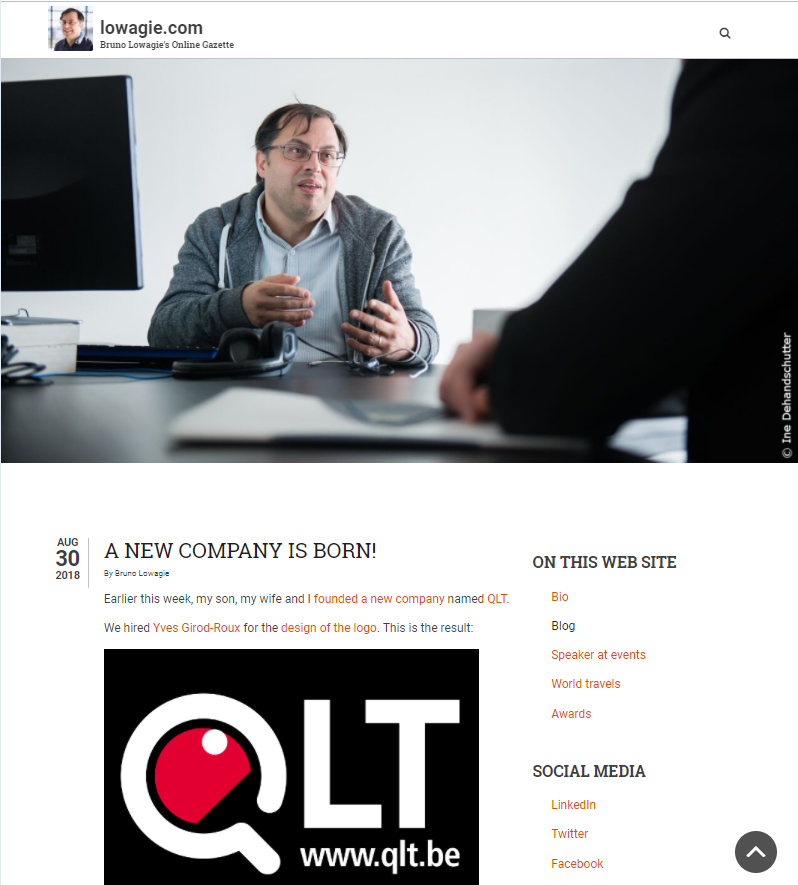 If you liked this trip down memory lane, you'll also love my book Entreprenerd. Register on the Entreprenerd page on LinkedIn if you want to be kept up to date on the progress I'm making with the publishing process.